The Obamas and Bidens File Taxes

Taxes are the pits, but at least they don't discriminate — everybody has to pay 'em. And that includes the leader of the free world and his right-hand man.

The tax returns for President Obama and Vice President Biden were recently released to the public. Quicker than you can say "spread the wealth," searches on both documents skyrocketed.

Now, normally tax returns don't inspire a lot of buzz. But when it's the Obamas' and the Bidens', the 1040s are actually pretty interesting. According to an article from Reuters, President Obama (who filed jointly with his wife, Michelle), reported an adjusted gross income of $2,656,902. They paid roughly $855,000 in federal income taxes and almost $78,000 in state income taxes.

Now hold up—since when do (honest) politicians make millions of dollars? Well, normally they don't. But Mr. Obama is also a best-selling author. The majority of his 2008 income came from sales of his two memoirs, "Dreams of My Father" and "The Audacity of Hope." Interestingly, the Obamas' income took a substantial drop in 2008. According to Fox News, the couple actually pulled in $4.2 million in 2007.

In comparison to his boss's return, Vice President Biden's 1040 looked downright modest. The VP and his wife reported an income of $269,256 for 2008. That's roughly a tenth of what the Obamas declared. Still, a good portion of that came from sales of Mr. Biden's memoir, "Promises to Keep." UPI reports that the Bidens reported donations of $1,885 to charity in 2008, but the White House notes that the Bidens made additional donations to their church that weren't included (lest you think they're stingy).

If you'd like to take a gander at the actual tax returns, you can click here for the Obamas', and here for the Bidens'.

Posted by jamal uddin at 7:51 AM No comments:

Scion unveiled a wild concept at the New York Auto Show, called the iQ concept. This car is based on the small production hatchback sold in Japan. No official word yet if it is headed for our shores as a Scion, but we predict that chances are good. If it does, whether we'll see this souped-up version remains to be seen. The Scion iQ concept was, in fact, created by Five Axis of Huntington Beach, California, a company that has dabbled with Toyota products before. As you can see, this vehicle takes the "subcompact economy" perception and adds originality and customization to an entirely new level.

The first thing to jump out at you are the wheels. These are 18-in. custom wheels on a micro-subcompact vehicle. The wheels are pushed out toward the corners to make it look stable and race-ready. Darkened aero headlights highlight the face while a roof spoiler adds flair to the car's rear. And like almost every Scion showpiece, this one is bathed in a flamboyant color, which goes from yellow to green depending on how the light hits the body.

Inside, there's a retractable 10-in. LCD screen that houses the entertainment and navigation systems. When not in use, the screen lays flat on the dash with a translucent cover that emits a colorful array of lights. If you want to open the screen, you can do so with a push of the button.

The Japan-market production iQ, which won Japan's prestigious Car of the Year, comes with a 93-bhp 1.3-liter inline-4 replete with Toypta's VVT-i variable valve-timing. No engine tweaks were made, but a custom stainless-steel exhaust system should give this four-banger a few extra bhps, but the car is sure to handle better, thanks to a retuned suspension system, with Tein dampers.

Posted by jamal uddin at 7:37 AM No comments:

Charles Darwin's egg is rediscovered in a museum

Could 19th-Century advice offer solution?
Posted by jamal uddin at 7:31 PM No comments: 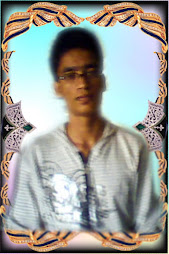 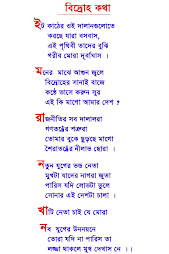 
Unrest at educational institutions countrywide has been a source of embarrassment to the government in its first 100-day in office, the commerce minister has said Monday.
Faruq Khan also spelled law and order, militancy and war crime trial as the tough challenges facing the administration of Sheikh Hasina in her second stint as prime minister.
"The home ministry is trying to identify those responsible for anarchy on the campuses," he said, as supporters of the ruling Awami League's student front Bangladesh Chhatra League clashed among themselves and with others over control over the past months, leaving at least two top leaders killed and scores wounded.
He, however, added the Awami League-led coalition government's workload in the first 100 days were ten times the previous governments'.
Asked what the tough challenges for the government were, the minister said, "I think maintaining law and order, curbing militancy and holding the trial of war criminals are the challenges."
He took stock of the Awami League-led coalition government's performance after a meeting with the Chinese ambassador Zhang Xianyi
Faruq said the government will distribute fertilisers among the farmers according to national ID cards.
The past caretaker government in the last two years harassed politicians and deterred democracy on the pretext of drives against corruption, he maintained.
The current government will continue drive against the people who are really corrupt and the people responsible for injustice and corruption during the last two years will stand trial, he said.
The parliamentary standing committees will also look after the issue.
On the power crisis, he said, "It is impossible to reach an overnight solution to the crisis. However, a positive result will come out by the next one year."